Up To 20X FASTER Ubuntu Servers

While Ubuntu has been called Linux for human beings, A2 Hosting is the host for Ubuntu developers. With multiple Ubuntu versions to choose from including v14.04 and 16.04, you’re bound to find the one you need. You also can host on our Turbo Servers featuring page load speeds up to 20X faster compared to competing Ubuntu Hosting providers

Here are just a few of the ways that A2 Hosting makes your life easier!

A mere 1-second page load delay impacts your bounce rate, SEO rankings, your conversion rate and ultimately your bottom line! You won't have to worry about any of this when you choose A2 Hosting and our screaming fast SwiftServer platform! That's because your sites come hosted on our speed optimized servers with your choice of server location, free SSDs, LiteSpeed web server and our up to 20X faster Turbo Server option all leading to better website performance!

With full control of your server, you will have the freedom to add custom applications or script installs that wouldn't be compatible within other hosting environments.

Experience The A2 Difference

Up To 20X Faster Turbo

Ubuntu Server Hosting - What Our Customers Have To Say?

Many satisfied customers trust A2 Hosting with their Ubuntu Server Hosting needs. Below is a sampling of what those customers had to say about our Dedicated Server Hosting

“I have been with A2 Hosting for few years and tried different services ranging from shared servers to bare metal dedicated servers. A2 Hosting team had always been awesome. Support tickets resolved within minutes. You powerful servers and reliable service made my job so easy. Thank you!”

“Though to A2Hosting, their Customers-care is very dedicated to PROMPT and SINCERE response. Keep it up.”

“I set up a new hosting account to transfer an existing website and upgrade to a dedicated IP address, SSL and better performance. Why didn't I do this earlier. A2 transferred the account so quickly and easily and answered my questions along the way. Couldn't be happier.”

Don't see a service that fits your specific hosting needs? Don't worry, we have you covered! We offer a wide range of solutions bound to meet your requirements ranging from Shared, Reseller, VPS, Dedicated and everything in between including Managed WordPress Hosting. Looking for a new domain name or SSL Certificate? We've got you covered there as well! Just click the button below to visit our Web Hosting comparison page. That's where you'll see a full breakdown of all of our high speed hosting services. 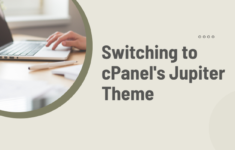 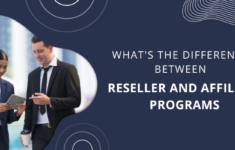 What’s the Difference Between Reseller and Affiliate Programs? 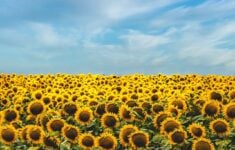 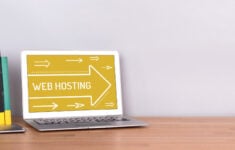 What Is Free Migration in Hosting? 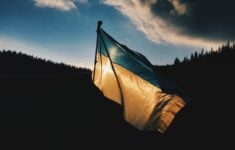 Ubuntu Servers - The A2 Way

Do you have any Ubuntu Server questions? You're in luck! We have a 24/7/365 Guru Crew Support team standing by to help! Our friendly and knowledgeable team is available via live chat, phone and email.

The developer-friendly Ubuntu Hosting we offer wouldn’t be so great if you had to worry about downtime. Luckily that’s not something you’ll be concerned with thanks to our ultra-reliable servers backed by our 99.9% Uptime Commitment. Get started now completely risk-free with our Money Back Guarantee! You won't regret it because you're going to love our service!

A2 Hosting has got all of your Ubuntu Hosting needs covered with server support for a number of versions including:

What has helped Ubuntu grow into a popular Linux distribution? Learn more below! Ubuntu is a high-performance Linux operating system and distribution. Ubuntu has earned a well-deserved reputation because of its focus on usability, robust features and reliability. Ubuntu, released in 2004, is based on Debian’s package management and its philosophy to be “secure by default”. These characteristics are just some of the reasons why Ubuntu is one of the most popular Linux distributions to date. Its large community of users ensures great support and guarantees that its developers are continually seeking to improve this already popular Linux distribution. This is particularly evident with Ubuntu updates made every 6 months. Long-term support (LTS) Ubuntu releases, on the other hand, are made on a 2-year cycle. These short updates ensure users get the best and most secure features. Each Ubuntu release is given an alliterative, 2-word name. The first word in the name is an adjective while the second word is a mythical creature or an endangered species.

Ubuntu's popularity has grown to the point that it is the most popular operating system on web servers. Over 20% of the web uses Ubuntu, and there are over a billion devices that use it as well. There are also now over 75 active Llnux distributions based on Ubuntu. Some of the largest organizations in the world like Uber, Lyft and Google use Ubuntu. Google even has their very own custom Ubuntu distribution.

Ubuntu is released as a Desktop, Server and Core editions. Each of these three editions are able to run on either a computer or on a virtual machine (VM). Ubuntu is developed by Canonical, a privately held, United Kingdom software company. Mark Shuttleworth put together a team of Debian developers to create Canonical. Their goal was to develop a user-friendly, Linux-based desktop. Ubuntu is also backed by a community of developers. Canonical is in charge of each Ubuntu release. The name “Ubuntu” is translated roughly from the African Nguni philosophy to mean “I am what I am because of who we all are”. This is certainly an appropriate name for Ubuntu.

Ubuntu has a two-fold mission. Their first goal is to gather and deliver all of the world's free software and make it readily available to everyone, with the same terms for all. Their second goal is to help lower the costs of Ubuntu development including support, maintenance, operations and management. This is done by Canonical, the founding company behind Ubuntu, who works towards the continual improvement of their platform. Ubuntu will always be free of charge to use.

A key advantage of the Ubuntu distribution is its security protocols. Ubuntu's goal is to be “secure by default”. This means that the default security settings are the highest security settings available, even if they are not the easiest user settings. The sudo tool is available for enhanced security. Sudo allows for temporary user privileges to run administrative tasks, while root remains inaccessible by users with less knowledge. This helps prevent inadvertent changes or the creation of security holes. Ubuntu also ensures that many of its network ports remain closed to help stop hack attempts. Ubuntu features graphical user interface (GUI) to configure its built-in firewall protection. Finally, Ubuntu also supports full encryption of the disk, private directories and home directory.

Ubuntu is loaded with software to help you get the most out of your server including: